Born in Regina, Saskatchewan, Madeleine Rachelle (Mimi) Matte, received her Bachelor of Fine Arts from McGill University and was later represented by prominent galleries in Toronto and Montreal. In 1974, the Art Gallery of Ontario chose one of her works to feature in 1975.

Mimi’s figurative works feature slyly comic figures in slightly absurd settings.  “…she tells the plain truth with wit and grace about the illusions we’re all finding it harder to live with. Matte’s people, unshapely, sly, frightened, complacent, smug, and uniformly self-deceiving, are vehicles for a running commentary on our self-imposed blindness…”  —The Globe & Mail, 1975

Matte’s work can be found in collections by major corporations and institutions including Imperial Oil, Shell Oil Canada, Heenan-Blaikie, private Ingram & Shriver (New York), CIBC Wood Gundy, Westin Hotels, the Toronto French Schools, Brock University, the Granite Club, the Ontario Public Service Employees Union and others as well as many private collections.  Matte is included in both Who’s Who In Canada and Who’s Who of Canadian Women.

Her awards include the Loomis & Tolles Award from the Ontario Society of Artists in 1974 and the First Prize in the 23rd Aviva Show in 1975.  Mimi continued to produce great, quirky, large-format works right up until she was forced to stop, which she did with great regret. In October of 2012, a month after her 83rd birthday, Mimi died in Toronto. 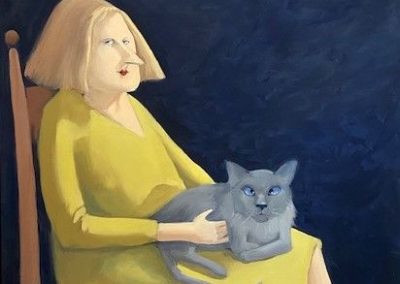 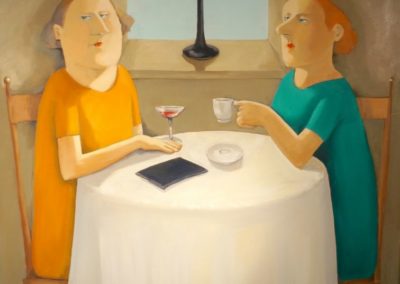 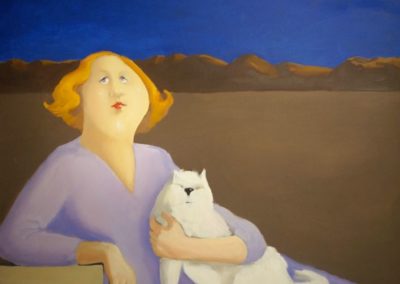 🔴 Cat in a Landscape 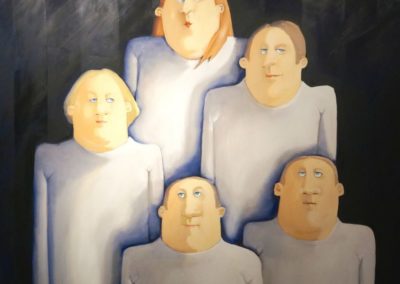 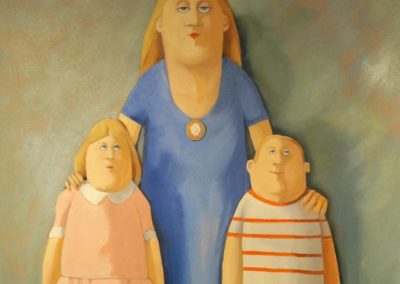 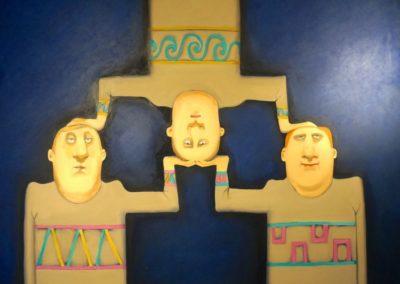 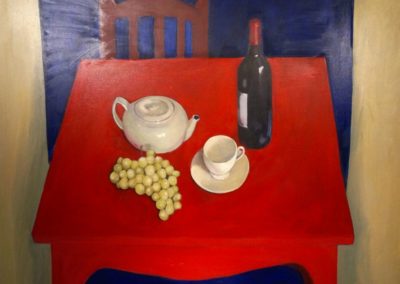 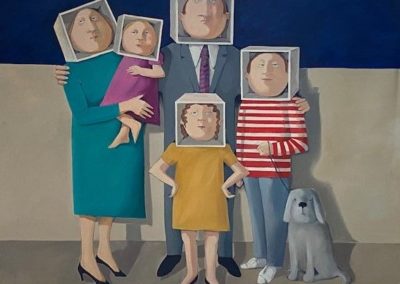 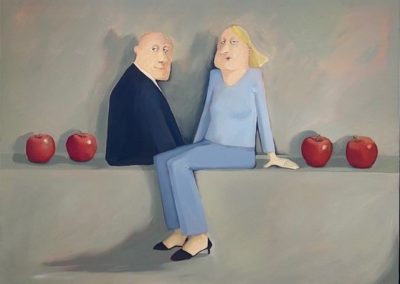 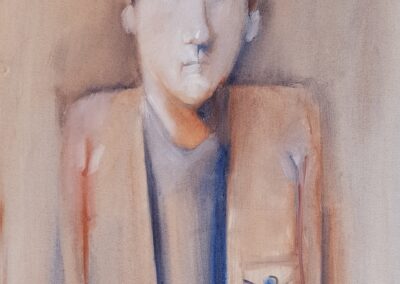 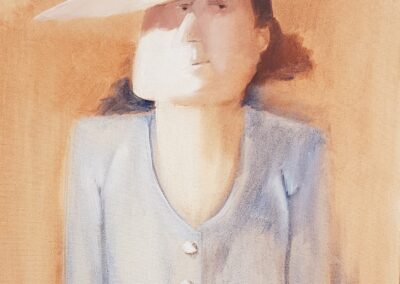